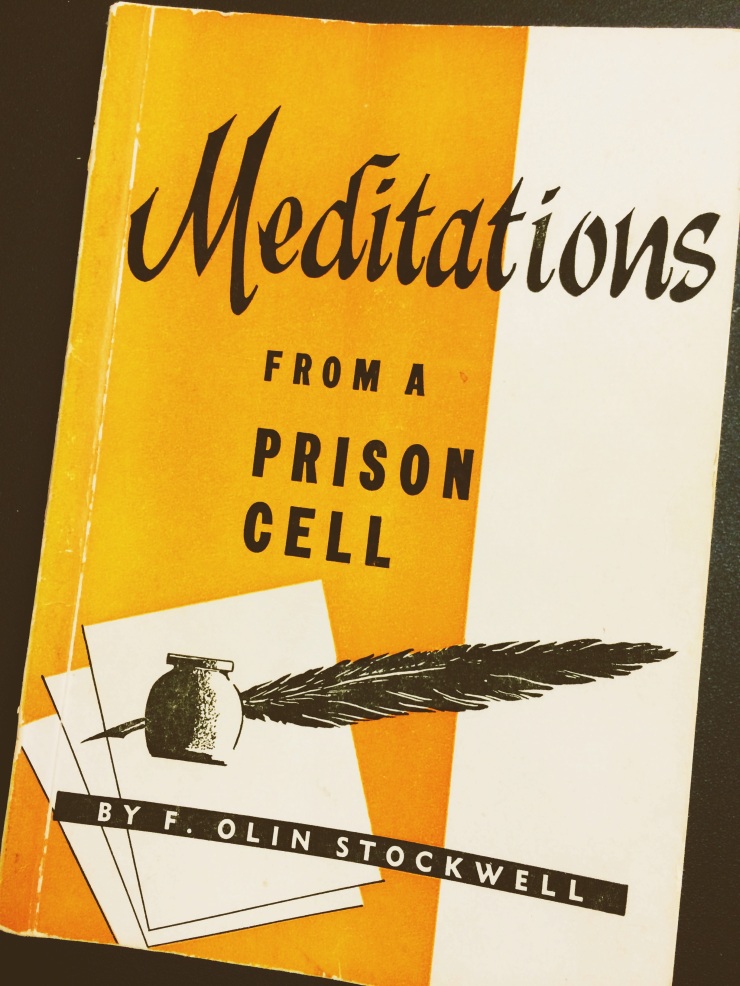 While preparing for an upcoming talk I am going to give, I ran across a book in my library from a missionary named F. Olin Stockwell. Honestly, I do not know much about Stockwell except that he was a Methodist missionary in China, was arrested and held in a Communist prison for two years. He was allowed his New Testament, and during his time thought deeply about about the life and sufferings of Jesus and Paul.

At the beginning of the book, as he recounted the difficulties he faced, he began to speak about the richness of his prayer life and the glory of studying God’s Word:

Many days were difficult. But in times of depression, an hour of reading my New Testament and of prayer, telling God all about my heartache, loneliness, and discouragement, again opened the door to peace and contentment. Many other times the sense of God’s being with me was very real and the days glowed in the light of His presence. Then I felt the overwhelming ecstasy of being alive and the thrill of all that life may mean.

I’m going to admit to you, I can’t really relate to this. In times of tragedy, I certainly turn to God. I cry out. I read the Bible. But being left with the “overwhelming sense of ecstasy of being alive” in the face of those problems? No. For me, I don’t feel that same sense of gratitude until much later when I can trace the hand of the Master back over the course of events. It takes time for me… but the result is the same.

Of course, I’ve never been held captive in a Red Chinese Prison either.

It’s a challenge to see the difficulties of life as anything but difficult. And make no mistake – cancer is terrible. Financial turmoil can be debilitating. The loss of a child is tragic. But, by the grace of God, even those extreme heartaches can have meaning and purpose.

Stockwell knew this when he wrote: 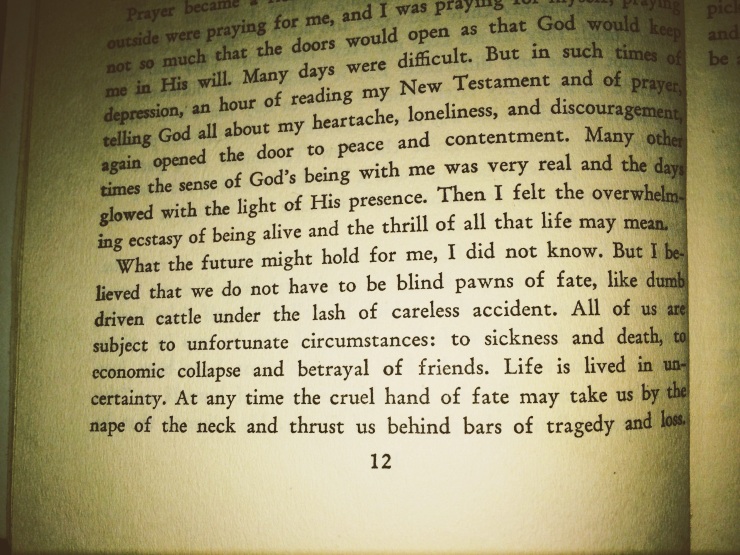 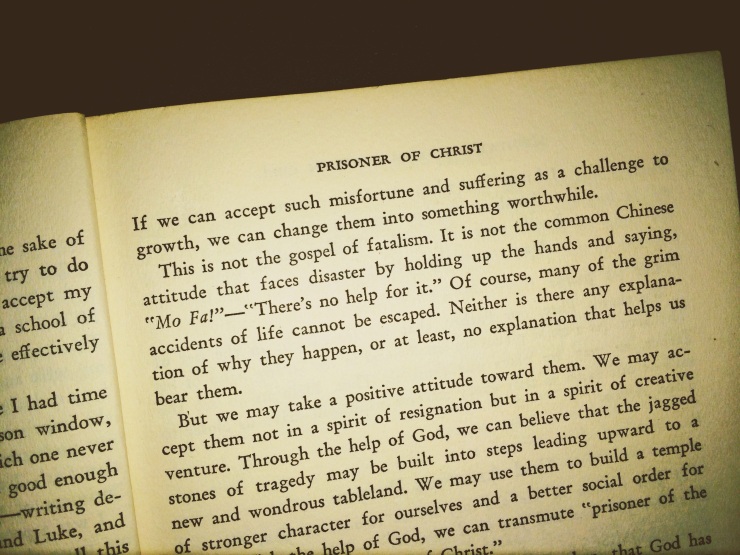 The apostle Paul had this same perspective from his own prison cells. He knew beyond a doubt that God had put him in those situations for a greater purpose.

12 And I want you to know, my dear brothers and sisters, that everything that has happened to me here has helped to spread the Good News. 13 For everyone here, including the whole palace guard, knows that I am in chains because of Christ. 14 And because of my imprisonment, most of the believers here have gained confidence and boldly speak God’s message without fear. – Philippians 1:12-14

God specializes at turning the ugly, the depressing, the painful, the bleak, the dark places and moments in life into something glorious. That’s what the cross of Jesus was all about. Turning an instrument of execution and torture into a means of salvation and forgiveness.

What are you going through? How can you lean into God to turn those moments of extreme hurt into opportunities to display His recreative glory? He’ll be there.